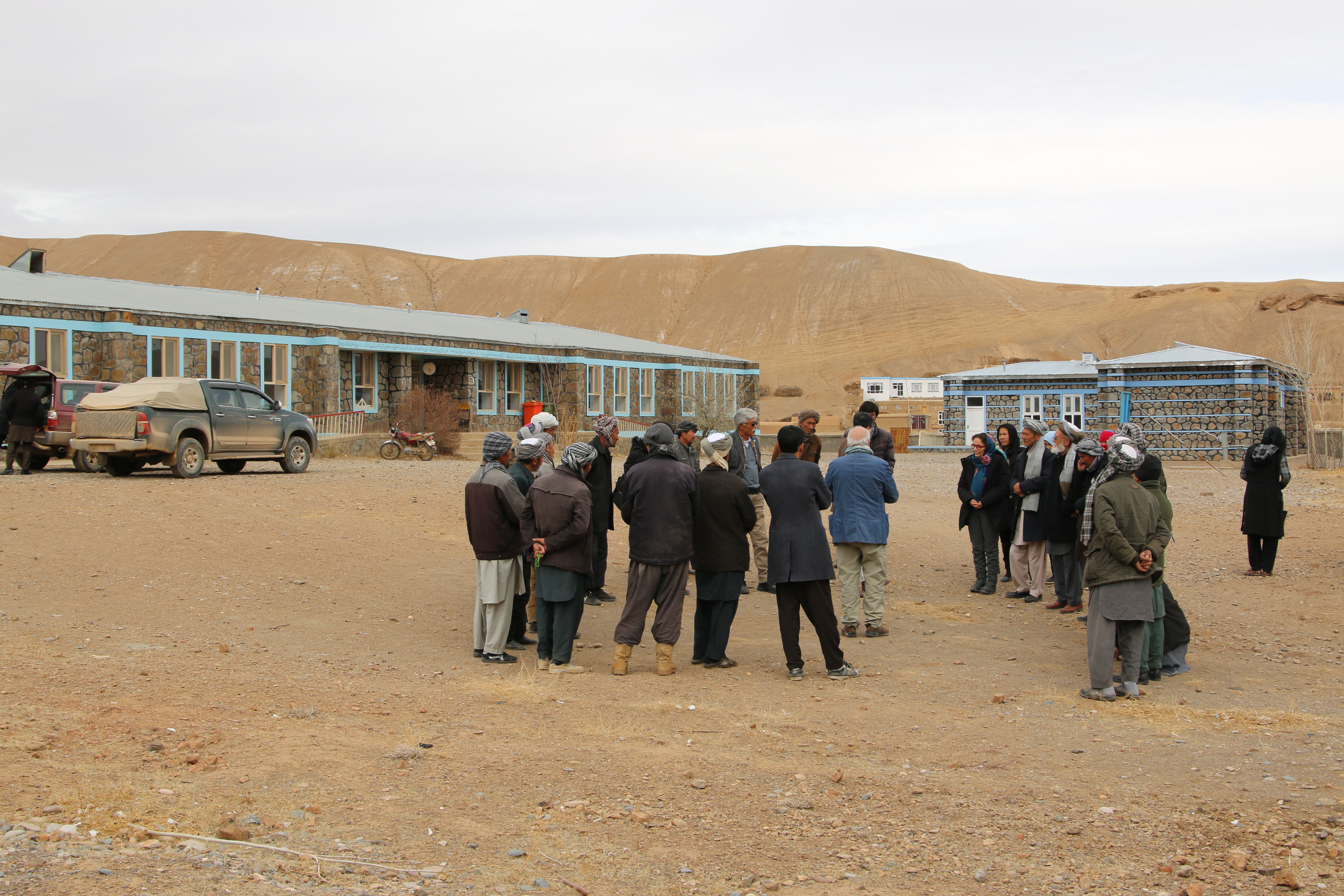 On our way back from Largar School, on November 20, we visited Zarin school where a lot of interesting things happened in the last couple of years.  A new extension was built in 2018 to host a growing number of girls attending the courses. As one could see from the previous stories that we published, over 100 girls attending the primary school were forced to study under the tends. Arghosha Committee funded the construction of a new building but so far we had not the opportunity to visit the premises. We were therefore thrilled to go and see the new development and meet our friend the headmaster and the village elders that were waiting for us to show the incredible progress achieved by the school. 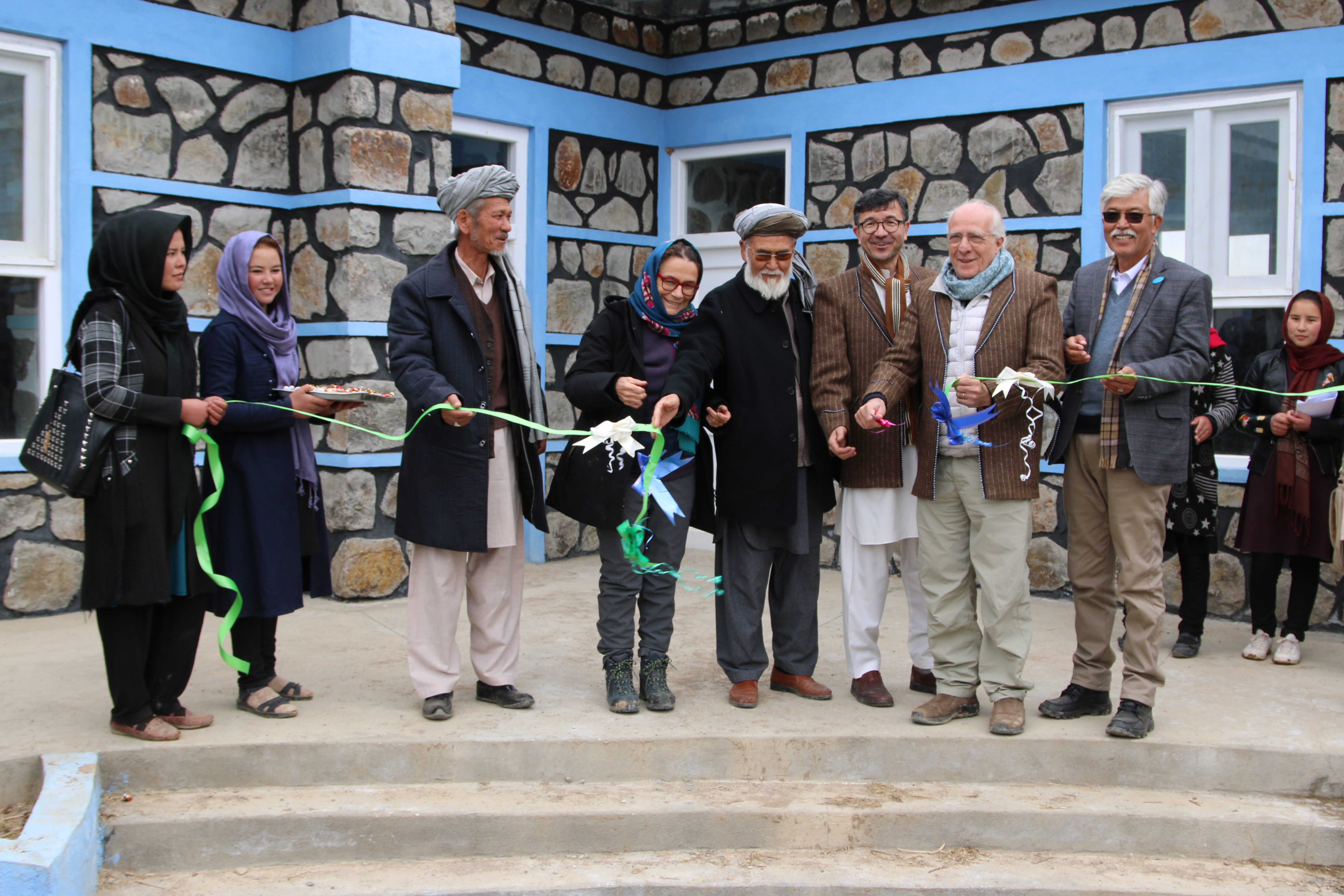 From left, two lady teachers, the headmaster, Maria, a representative of the village elders, Mustafa, Marco and Eng Gholam Hussein cut the inaugural ribbon of the school extension.

While we were there the teachers and the villagers kindly set up a small inauguration of the new building including a visited tour in the new classrooms that were clean and immaculate notwithstanding one full year of courses. The extension is made by 3 classrooms and one administration room. It adds to the 8 classrooms and 4 administration room of the main building that was erected in 2011. We could see buy ourselves the improvements of the building standards and the school furniture.

It was really a happy day for us. We meet so many good friends. We were particularly lucky because few days later the school was about to close for the end of the school year and we managed to come just in time to see by ourselves the incredible progress made. Zarin school is a big school with well over 600 students. They are very hard working. The school has provided so far 4 of the 20 girls who went to Gawharshad University under the Arghosha Scholarships programme. Two of them Amina and Fatima have graduated already with top marks and are moving the first steps in the labour market. Fatima, who graduated in engineering, got recently married and has already found a good job in the province of Badakhsan. 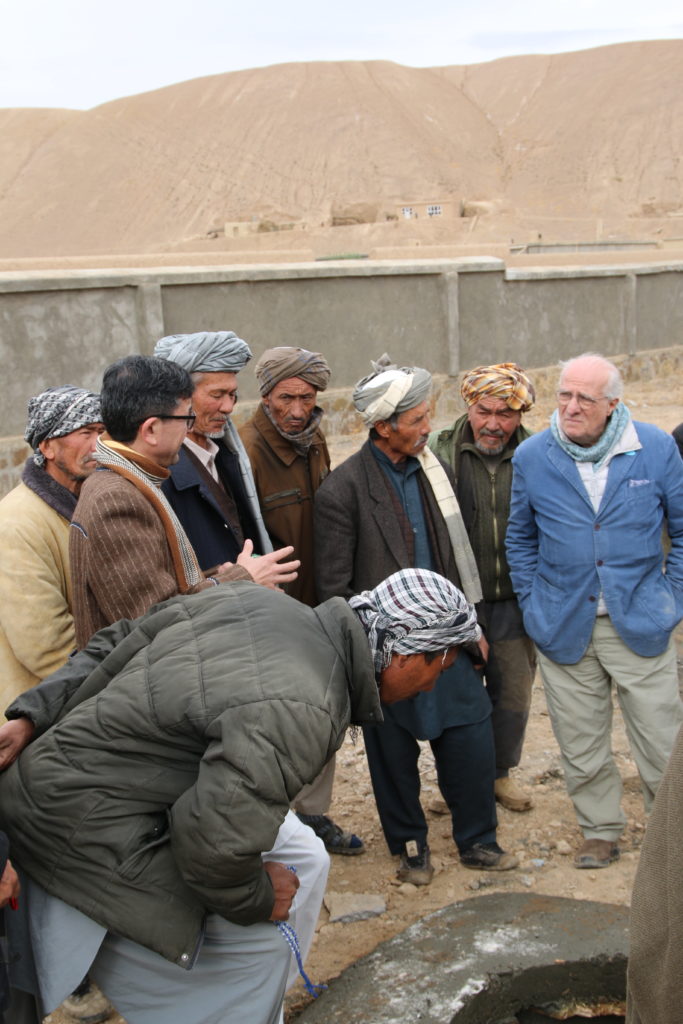 Thanks to a forward looking and visionary headmaster, Zarin school is entering into new activities.  The first one is a pilot scheme for a greenery that will develop in the big school yard. Environment is a topic of real concern in Afghanistan who last year suffered a severe drought. Decades of wars impacted negatively on the country’s vegetation. These terrible events happened in a country that is structurally suffering of very poor water management. When the snow melts in the spring it disappears quickly from the mountain peaks and slopes and settles only is some few fortunate valleys. It is a real pity because in a context of good water management the country can produce all sort of fruits and vegetables that could become a real resource. We think that it is important that the Afghans grow an environmental conscience since the young age and a school is the best place where to start. A local farmer will take care of the greenery and will have a corner where he can cultivate a vegetable garden that will provide him a small revenue to repay for his effort. A big water well has been dug already. Next spring the plantation will kick off. 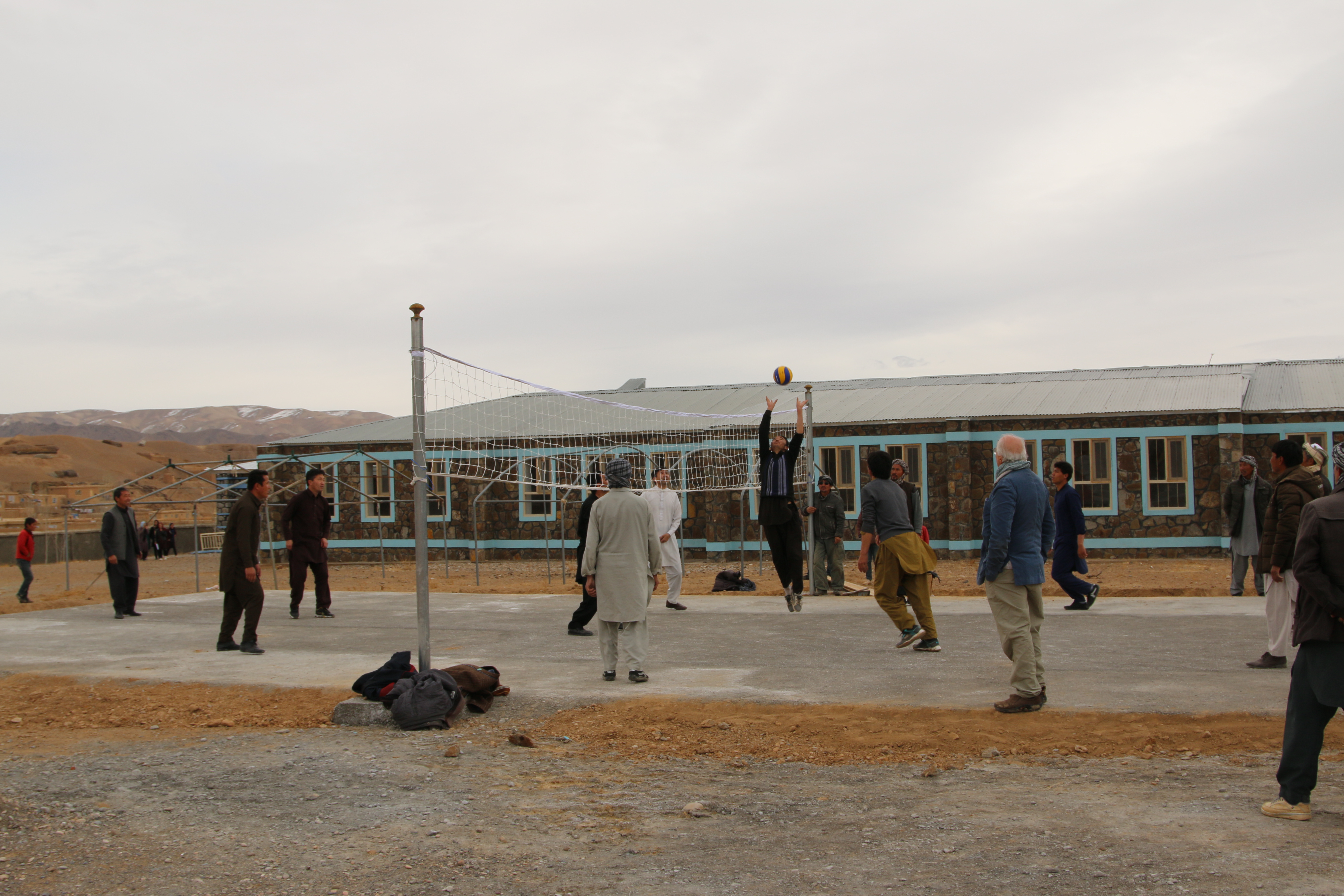 Young and less young villagers test the girls volley-ball court which is under completion. The signs on the ground still have to be painted

The other initiative is a volleyball court that is under completion. We all think that it is important that the girls keep healthy and fit and make some exercise. The boundary wall of the school shelters them from external interference and gives them the serenity to indulge in physical activity. Volleyball is the ideal sport and has the approval of the local community. Finally the girls will have their own court like the boys of the nearby school that enjoy the facility since many years already. While we were the volley-ball facility was tested by the villagers that for the occasion grew rapidly in number through an impromptu reinforcement from the area nearby… 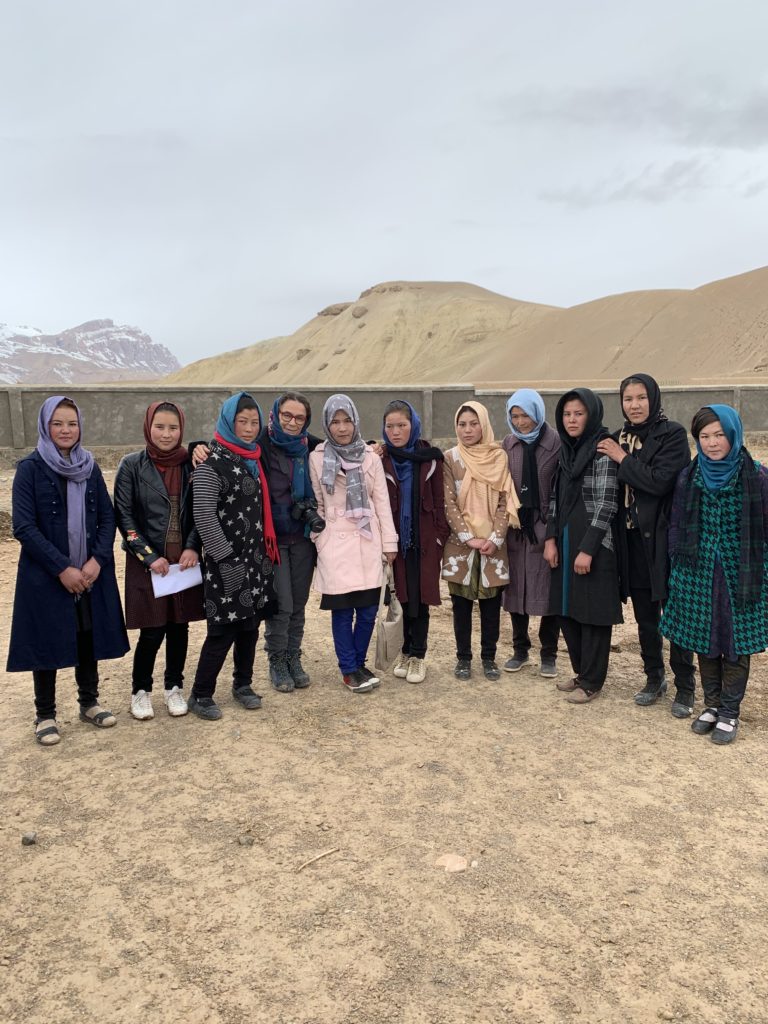 Maria Rosario surrounded by Zarin girls of grade 11 and 12. Bright, curious and excited by the new developments

The few girls hanging around the school (many had left for the school day when we arrived in the afternoon) were too shy to play and gathered around Maria Rosario talking about their achievements and their aspiration. All of them spoke a very good English and we were really impressed. All of them want to go to University. And wish to become doctors, journalists, teachers and one even engineer following on the steps of Fatima. For the volley-ball they will have time. The court is for them and the boys will stay clear of the school premises!