We are proud to announce that another group of six girls has started a new round of scholarships at Ghawarshad University in Kabul through Arghosha Scholarship programme. With the new entries, the number of girls involved in our scholarships programme since its inception in 2014 has reached a total of 20. Thanks to the success that we have experienced so far we have decided to make the University scholarships a permanent feature of our educational programmes and a long term commitment for the future.

The girls involved in the scholarships come from the schools that Arghosha Committee has funded since 2005. So far the girls have originated from the high schools of Chardeh, Zarin, Meyankawak, Dar e Ali, Sar e Sarab, Sar e Qul and Sar e Tarnok, all situated in Bamiyan province. The newcomers are Ziagul, who studied at Zarin school,  Sima, Yasmin and Nasrin from Chardeh,  Najima from Dar e Ali and Aziza from Sar e Tarnok. All schools are situated in Yakawlang district of Bamiyan province. 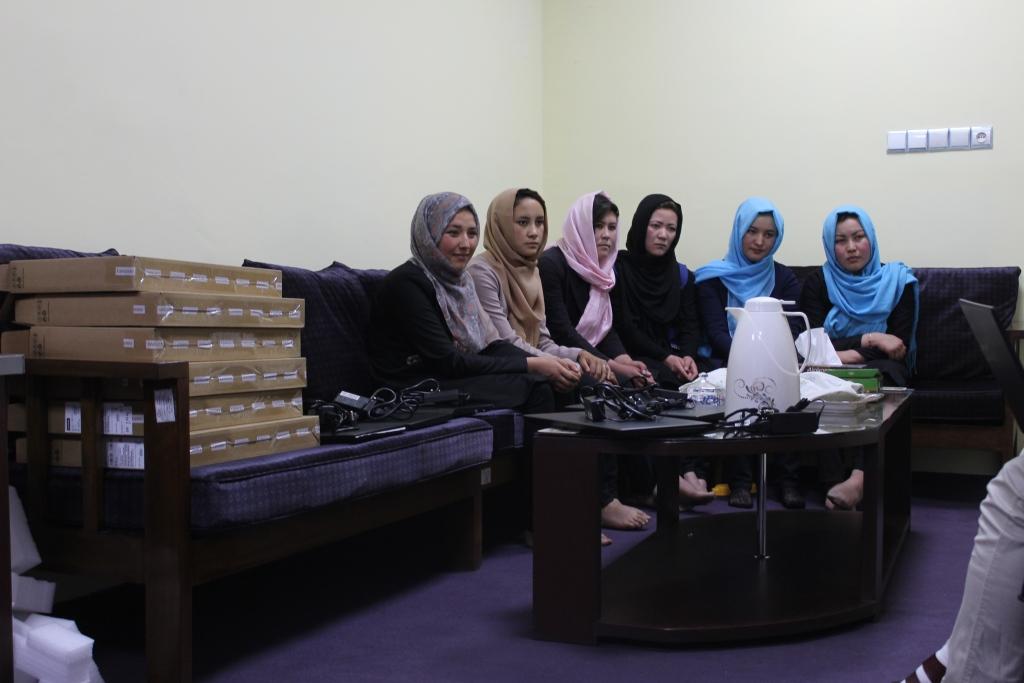 The girls come from big families of farmers of destitute background. In order to have access to our scholarships they need not only to lack the financial means to afford a private University, but they must also be talented: they had to score 70/100 or above at the Kankor, the State exam of admission to the University. All girls are pretty determined to succeed. They are perfectly aware of the sacrifices of their families that have to give up a precious support in rural communities where everyone’s help si crucial. Some of them like Najima had to walk up to 4 hours a day in the mountains to attend their courses. Others, such as Ziagul and Aziza, were orphaned at a young age and had to work hard to support their remaining parent raising their brothers and sisters. They all have in common a strong will to achieve a higher level of education and financial independence and possibly give back one day to their families and communities.

Sima, Yasmin and Ziagul want to graduate in Computer Science, aiming at becoming software developers in a job market which is developing in Afghanistan. Najima has taken the bold step of a degree in Civil Engineering as she always was attracted by big and modern buildings such as skyscrapers that so far she saw only on TV. Nasrin has chosen the faculty of Law and Political Science as she wants to become a lawyer, while Aziza will go for Economics and Management. All the girls will be accomodated in the Kabul compound of Shuhada Organisation, the Afghan charity we have partnered with since the end of 2004.  We wish to all of them a great success and a happy time during the next 4 years of studies.