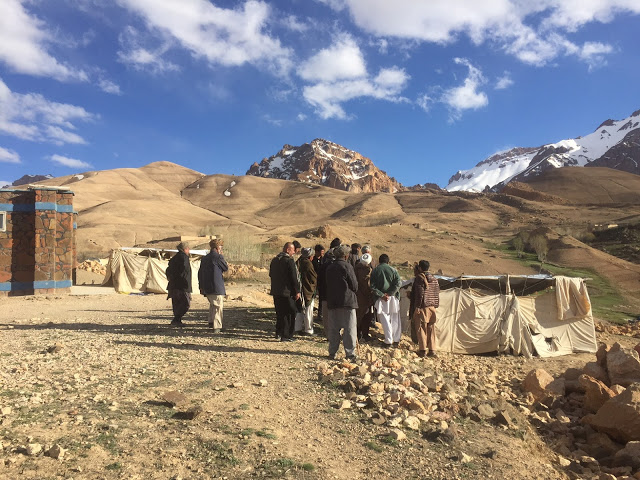 Preparing the ground of the 12th school in Sare Tarnok

In April of 2017 we went to visit the site of the new school building. It will be the 12th that we fund and will be ready by the end of September. The locality is called Sar e Tarnok and is at about 2800m of height between the villages of Tangi Safidak and Naitaq, at the foot of a chain of mountains above 4000m of height. The place is 30 km from Yakawlang town.

Winters are very cold here and the snow remains on the high slopes until late May. The area is pretty fertile though, with arable land and fruit trees, producing mainly apple and apricots. The contrast between the beauty of the place and the terrible condition of the existing school, which serves a community of almost 1000 families (around 6000 people) couldn’t be starker.

Moustafa sitting with the local mullah and the village elders

The present building has no iron roofing and hosts only 3 classrooms that are supposed to shelter 734 pupils (372 boys and 362 girls). This is supposed to be a girls’ school but it has to host many boys of the area, as the next structure is more than 8km away. Boys and girls must study in different shifts. However the shifts are not enough to accommodate everybody in the small building, therefore the majority of the children are forced to study under tents. The new school building will add 6 classrooms plus 2 smaller rooms and one for administration. The small existing complex has six latrines and there is no need to expand them any further. 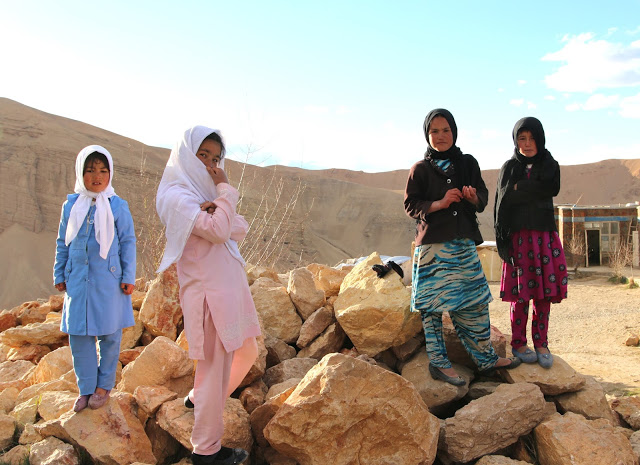 Once the new structure will be built, the school will continue to be run by the local education authority. The school was promoted to a high school in 2013 and has currently 11 teachers (8 males and 3 females). It is growing year after year and Arghosha Committee is delighted to accompany its expansion .

The ground has been levelled and prepared to lay the foundations

In mid May 2017 the works to level the ground and excavate the foundations have started. The act of birth of the new school is quite an important event in the local community:  the village elders and the local authorities celebrated it by laying the foundation stones.

The ceremony was joined by the Deputy minister of Education Sardar Mohammed Rahimi, who came on purpose from Kabul. Needless to say that both Arghosha Committee and Shuhada Org were honoured by his presence.