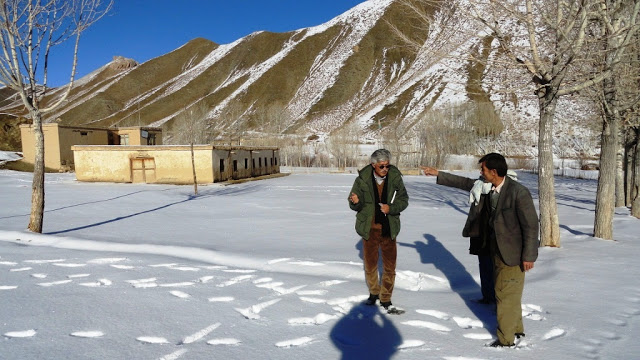 Paving the ground for the eleventh school in Meyankawak

Arghosha Committee has decided to take the bold step of funding a new school in the village of Meyankawak, located in the Panjaw district of Bamiyan province. It will be the eleventh school funded by the Committee which, true to its mission, will operate once again in a very remote area, 226 km far from the centre of Bamiyan town and 76km from Panjaw village.
Panjaw district is a poor area of Bamiyan province, which is one of the poorest provinces of Afghanistan. The school improvement project  is in the priority list of the Department of Education. The existing mud structure that you can see in the pictures below, is in pretty bad condition and cannot deal with all the 500 pupils (boys and girls) who are obliged to work in shifts in the morning and in the afternoon. To reach the school the children must walk every day back and forth between 5 and 10 km.
The new school will have 12 rooms: 8 classrooms plus 2 rooms for administration purposes and two extra rooms that will be allocated to computer courses and a laboratory, once the school will be supplied with electricity, hopefully in a not too distant future. There is already a water well and 6 new latrines were built recently. Therefore our efforts will focus exclusively on the construction of the new building. 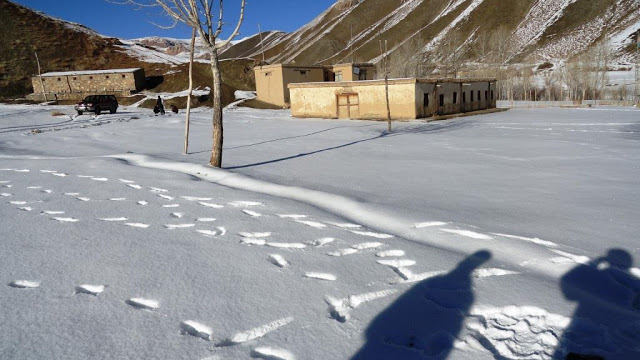 A general view of the present school. On the left you can see the new latrines. The new structure will be built on the ground on the right of the old structure.

The school is mixed and counts 513 pupils, of whose 231 are girls and 282 boys. The programme covers the national curriculum from grade 1 to 12. There are 17 people working at the school: 1 principal, 1 headmaster, 14 teachers (3 females) and a guard.

The school records an excellent success rate, as in 2014 a total 26 pupils (14 boys and 12 girls) got through grade 12, and 20 of them passed the exam to access the University. We are keen to give these children a better opportunity to deliver their full potential.
The site where the new school will be built is close to the old building and the land has been donated by the community of Meyankawak village. The villagers made clear that they are ready to help as much as they can in order to give their children a brighter future. It is not the first time that we witness such a support from the local communities. Many villagers are in fact happy to work in the fields without the help of their children to give them a better chance in life.
The area where the school will be built is mountainous as all the areas where Arghosha Committee has operated so far. Because of the height and the lack of vegetation the population is composed mainly by shepherds and the agricultural activity is limited. 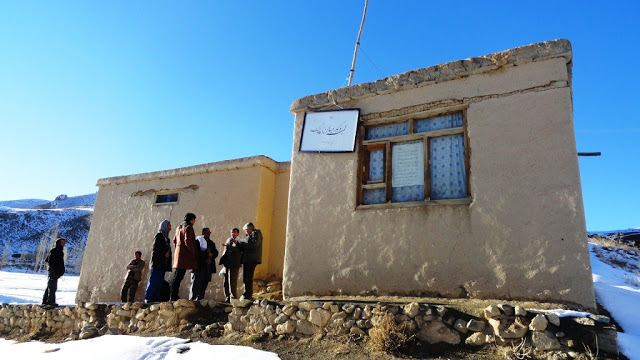 Representatives of Shuhada Organisation, teachers and local villagers assess the new project on the field

The school is, as all the buildings that we have funded, a state school, following the National Curriculum programme and the teachers will be paid by the state. Arghosha Committee. Shuhada Organisation, the Afghan NGO we have been working with for many years, will monitor and supervise the new construction, in coordination with the Department of Education. The school will be built by a construction company selected through a bidding process.
The new school will bring the total of pupils studying in structures funded by Arghosha Committee to over 4,200 (out of which 3000 girls) serving a community of 30,000 people and securing state jobs to over 150 people, between teaching personnel and guardians.
We are proud of our achievements. They come after 11 years of commitment to education in Bamiyan province supported by generous donors. The educational conditions in the province are progressing, although there is still a big margin of improvement for women: at present 60% of boys and 40% of girls are attending primary and secondary schools.
Out of the total of boys living in the region, 46% are attending school (one in two) while 28% are girls (one in three). Of the total of teaching personnel, 75% are males and 25% females. Sadly out of a total of 250 schools operating in the province, only 40% are in permanent structures. The others operate in shelters provided by UNICEF, Mosques or outdoors (in caves or open spaces). 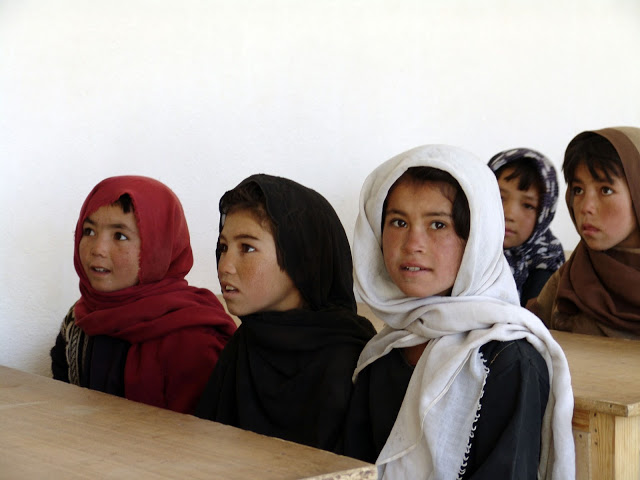 In the schools funded by Arghosha Committee the same rate of female teachers applies (almost one in four) while 70% of the pupils are female. Of the total of 11 schools 3 females are head teachers. The strong female presence is a big achievement, as it has been our main priority since the start our activity.
Mar 17adminNo Comments