Mustafa Hussaini was born in 1979 in a remote village in ancient Hesarnai valley of Ghazni, Afghanistan. At 17, due to the war, he fled for Pakistan. He lived 7 years of difficult refugee life there. Mustafa returned in late 2002 when he took his first ever job, as daily wager, with UNHCR in Ghazni. In 2004 he moved to Bamyan where he had his first formal job. When he was transferred to Kabul in 2010, he was the first local staff who was heading a Field Office in UNHCR Afghanistan. Hussaini worked in Kabul for seven years before he was appointed to an international position in Liberia in April 2017. He is now serving his second international assignment with UNHCR Ethiopia. Mustafa studied Emergency & Disaster Management, General Management, Forced Migration Studies & Business Administration.
Mustafa serves a volunteer with Arghosha Committee who is playing a key role in all aspects of its activities. He is the Committee’s Representative for Afghanistan. He is so attached to the country, and loves to work for education. 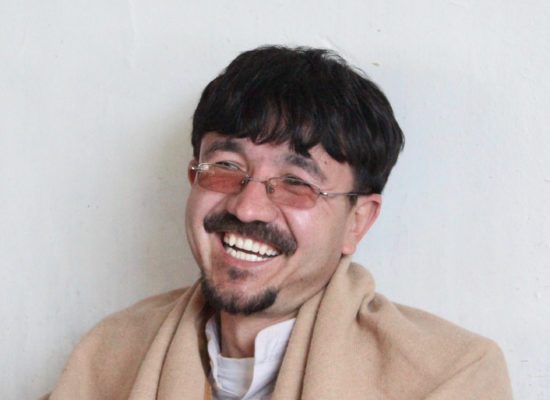